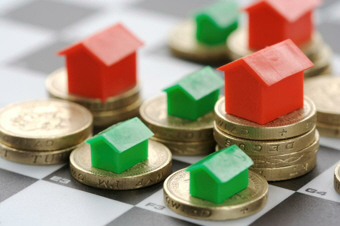 It’s getting harder for the average Portland-area resident to buy a house — more than three times harder over the last two years, a new study has found.

RealtyTrac, the housing data firm, found that the median house price in the Portland area rose 3.62 times faster than the average wage from December 2012 to December 2014.

The Portland-area figures are part of a broader analysis that showed more than three-quarters of the American housing markets studied saw house prices outstrip wages, making houses relatively less affordable in those cities. RealtyTrac said prices rose faster than wages in 140 of the 184 markets it analyzed.

Nationally, RealtyTrac said home price appreciation has outpaced wage growth by a 13 to one ratio.

“Those markets with the biggest disconnect between price growth and wage growth during the last two years are most likely to see plateauing home prices in 2015 until wages catch up,” said RealtyTrac vice president Daren Blomquist.

The company said it compared weekly wage data from the Bureau of Labor Statistics and home price data from an analysis of sales deeds.

Other estimates of median home prices are higher. Trulia currently calculates the Portland-area median price for all properties to be $304,000.